The golden ratio appeared in architecture perhaps as early as the Great Pyramid of Giza and in the Parthenon of the Acropolis in ancient Athens.  Wherever and whenever it first appeared, it has continued to be embraced by architects in harmonizing their architectural designs with the harmony and beauty of creation itself.  Below are illustrations of its application to some of the most notable buildings in the world. 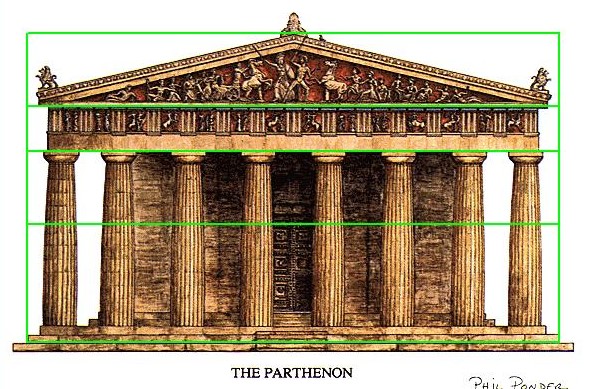 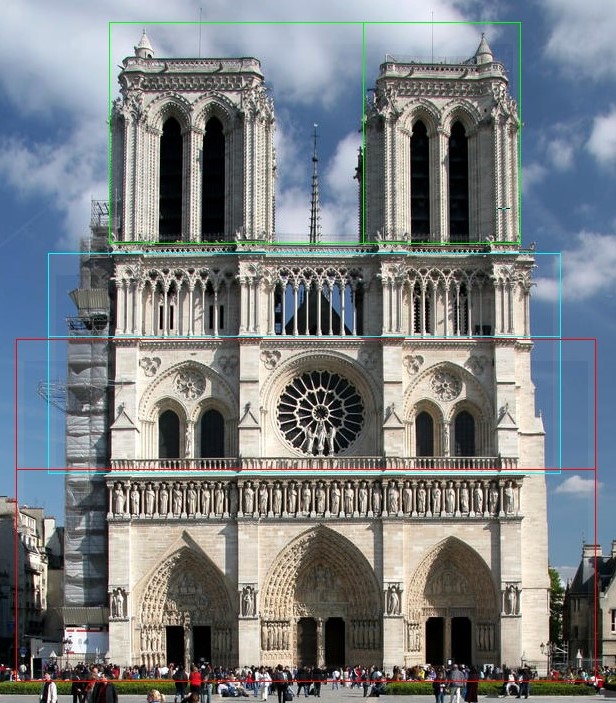 Notre Dame in Paris reflects these proportions in the heights of each major stage of the structure as well as in the width of the columns at the top.